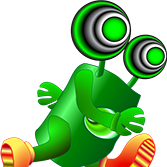 Time Lord virtual pinball by Avago was released on VPUniverse today and also available to download here  if you would like to play it.  This game is not for resale or redistribution. You may have seen it in the new pinball thread and it is placed here as well for posterity.  Avago team comprising of 3 Aussie Arcade VPGL members, Crakkers, Mozzie1 & RusstyT . This is an original modern DMD style gamed that has been 2 years in the making. It is brain child of Hayden Perno, (who doesn't play pinball) 🤭 We have been extremely lucky to have JP Salas & Gedankekojote97 coming on board to produce a very slick game complete with latest Roth/NFozzy physics, fleep sounds.

There are some great tricks or the eye with visual pinball that are used in this game including hidden ramps, rotating planets that appear after completing tasks, clocks that change direction when time is reversed and dragon eyes that track the ball. Combining these features with the latest table sounds and physics and challenging gameplay makes it a very enjoyable experience. This table was made to be fun and the callouts by a cheeky robot have provided much entertainment during the production.

Well that's it from Avogo for now. You may download the VPX game, backglass , wheel and rules here for a short period of time.

2 answers to this question