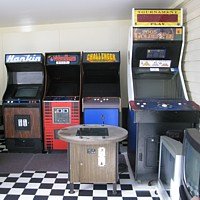 By jbtech,
November 1, 2021 in Video Arcade Restorations and Projects