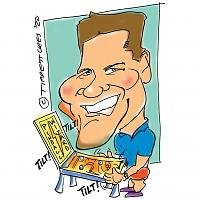 I bought a WCS94 and it was mostly working fine but after a number of games I have started to find issues and being a repair rookie and hoping to get some guidance repairing the following issues.

I'm not sure if I've covered everything, but I think that'll do for now. Thanks in advance for the help and suggestions. There's time, but I need to get this baby working well for Pinfest, I guess that means I probably should order flipper rebuild kits.

29 answers to this question