What is this, a new title or something else? 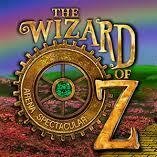