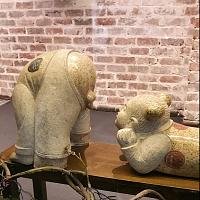 Paddy was sat at the bar when his friend Mick came in on crutches with two black eyes. Paddy asked "What happened to you Mick?" Mick replied "I got into a fight with Murphy" Paddy said