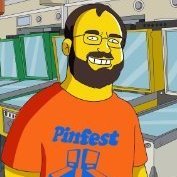 This may be a long shot but I'm after any info on this. Dad's (hamo54) Daytona all of a sudden decided not to start, all we get is a screen with a pattern on it (sorry about the shitty pic)

Has anyone seen this before?

I have an owners manual here, but it is not very helpful. Is there a proper technical manual anywhere that has what the status .eds mean, or where any useful voltage test points are?

There's a few red leds lighting up, but there is a row of 5 green and 5 red on the game board and none of those are coming up

11 answers to this question