What retro stuff did you add to your stash this week? 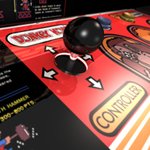 Non I just couldn't resist..... Probably the best Starscream I've seen hands down without the killer price of the Takara Masterpiece series. The articulation on these things is out of t

Saved this from the trash a few months ago. All working, although not high fidelity.

Got this totally awesome bowling game at a garage sale. Seller is in late 60s selling up parents place as it sold and left over possessions. All complete and works. Simple but so cool. Seller said him